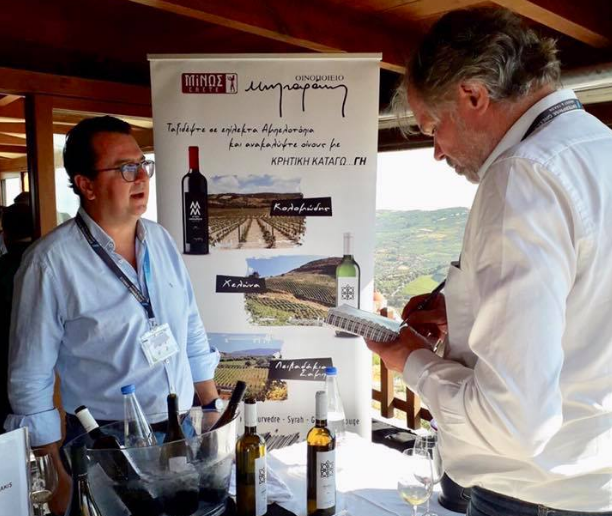 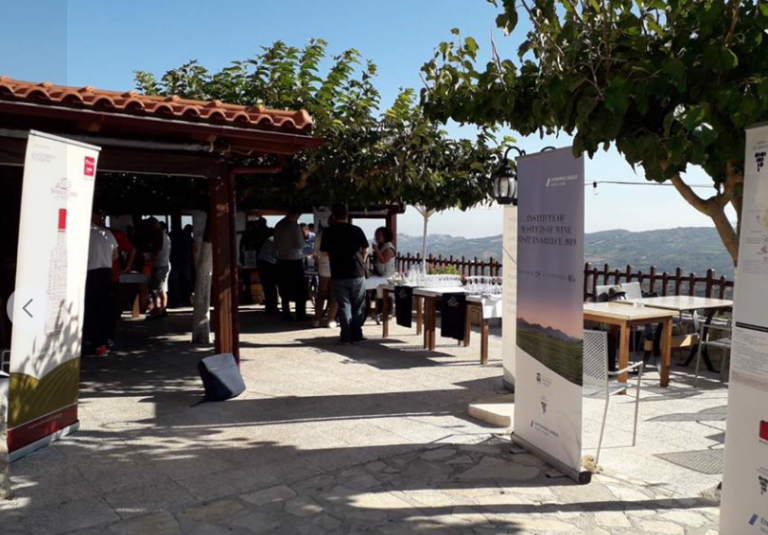 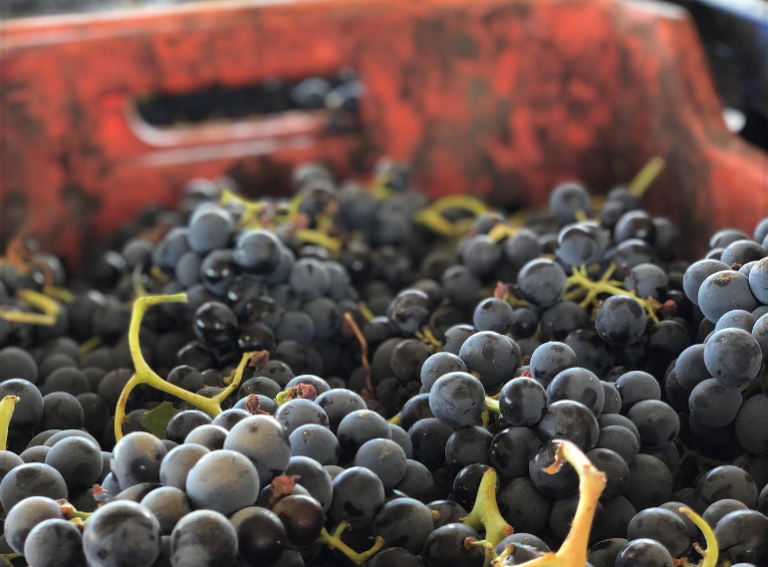 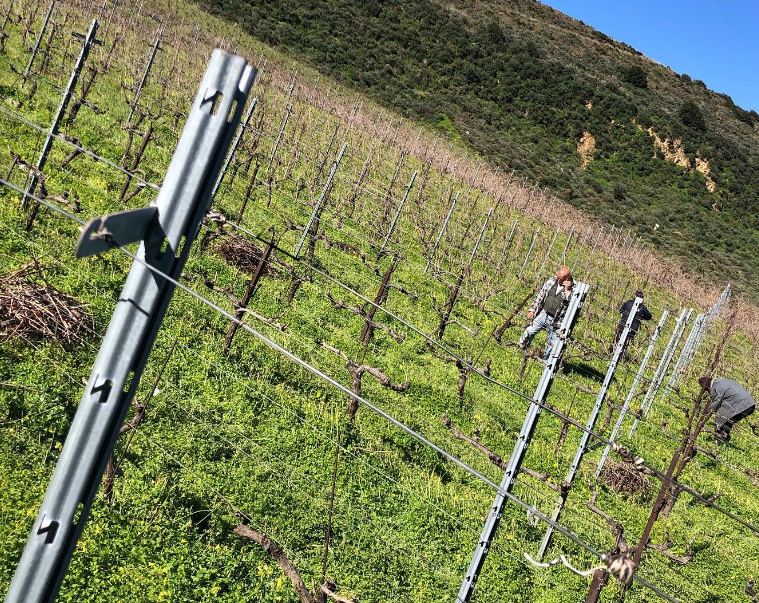 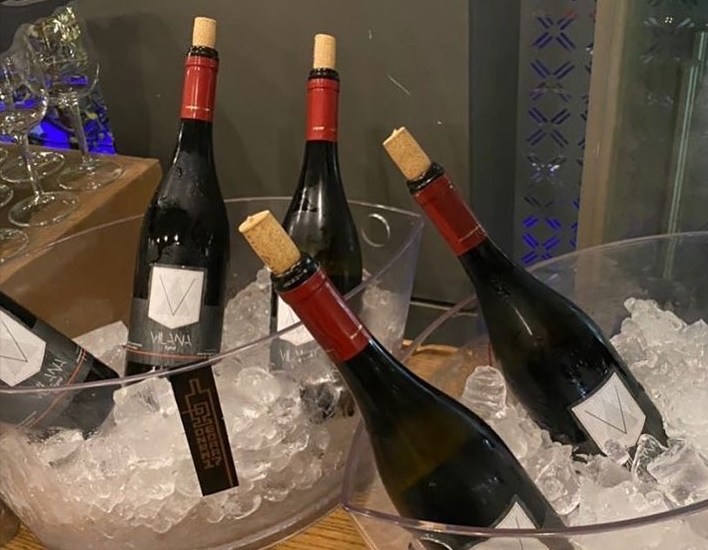 The story of the renowned MINOS Cretan wines starts unravelling in the mid 19th century, when Antonis Miliarakis left the village of Miliarado in the province of Viannos, in Crete, and settled in the region of Peza, 17 km south of Heraklion.
Peza was a riders’ resting area, where horses were fed and riders relaxed and spent the night before setting off the next morning for Chandakas or Megalo Castro – which was the name Heraklion was known by at the time – the gates of which opened in the morning and closed in the evening. Thus, Peza was the perfect place for inns, taverns and coffee shops to be established.
During the last years of the Ottoman rule, those who anticipated what the future held, bought land and fields from the Ottomans who lived in the village, who were gradually abandoning Crete; this meant that many Peza locals found themselves the proud owners of noteworthy real estate during the first years of the Cretan State (1989-1913).
With the end of Ottoman rule and the abolition of closing the gates into Chandakas, the role played by Peza as a place for lodging became obsolete and economic activity in the area turned to wine trading.
Many wine merchants were active during the 1870-1930 period: they bought grapes from farmers in the region, pressed them in their own presses, stored the wine in wooden barrels and then sold it on the domestic market, in Emparo, Viannos, Lasithi, Messara, and Heraklion. This was the economic and business environment in which the Miliarakis brothers business grew: they turned Antonakis’ Inn, which had provided travellers with a plate of hot food and a glass of wine since the 19th century, into a winery.
Ιn 1932 the company took on a legal form and was structured as a model winery by chemist – oenologist Iosiph Antoniou Miliarakis. Along with his brothers Minas, Mattheos and Nikolaos, Iosiph founded the first modern industrial winery in Peza, under the brand name MINOS, transforming traditional small wine production and trading businesses into an industry, with the use of the first petrol engines. The business acquired its first petrol generator, which provided power both to the winery and to the village of Peza.

Immediately after the Second World War, MINOS started exporting wine in bulk, mainly to France and England, while in 1952, the first successful attempt at bottling wine was undertaken on the island and the company added “Export Company” to its trading name; its customers abroad switched from trading wine in bulk, to trading in bottled MINOS wine.
In 1982 the winery expanded, creating a new bottling line and equipped itself with stainless steel tanks and a new cooling unit for wine clarification and stabilization. Investments were made in fermentation temperature control systems and the first ageing cellar in Crete was created, using French oak barrels. All this yielded impressive results through 2 labels (Minos Palace and MINOIKO), which are still part of the company’s range of products. Since then and to this day, the company has been exclusively dealing in quality bottled wine aiming at continuously improving its products and presenting new aspects of the Cretan vineyard.

MINOS is in its eighth decade and produces wine from local varieties, such as Kotsifali and Mandilari for reds and Vilana, Vidiano and Thrapsiri for whites; they are turned into wine and bottled using the state of the art methods and cutting edge machinery regarding technology and methodology. Part of the red wine production ages in French oak barrels holding 225 and 300 litres each, kept in a specially designed underground area with ideal temperature and humidity conditions. The company is also trying to promote the Cretan vineyard through its varieties, innovating and adopting methods never before utilized in Crete; Examples include the production of its White wine using the red Kotsifali variety (White from Kotsifali), the first ever presentation in Crete of White wine from Vilana stored in barrels (Vilana Fume) and the successfully comeback, in 2004, of the white Malvazia variety, a wine historically associated with the island in making a dry wine. Lastly, the firm has included in its range foreign red varieties, the main examples of which are Syrah and Mourvedre.
MINOS is developing a vineyard comprising of privately owned and contract areas covering 220 km2 and continues to work with local farmers, aiming at securing high quality grapes. The company is still run by members of the founding family, headed by 3rd generation member, Takis Miliarakis; since 1998 Nikos Miliarakis (4th generation) has joined its ranks and, recently, Maria Miliaraki, daughter of Takis, also joined the company. MINOS employs 10 people throughout the year, who, with their experience and pride for their work, warrant the high total quality of the final product.

Currently, the overall production of MINOS comes to 350,000 – 400,000 bottles a year, of which 70% is consumed on the island, 15% is traded through the rest of Greece, and the remaining 15% is exported. The main destinations abroad are Belgium and Luxembourg, Serbia, Germany, France, as well as Japan.