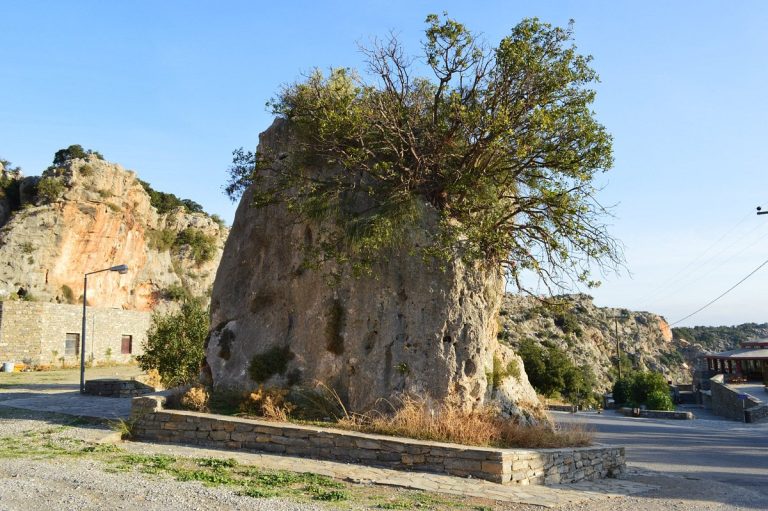 The Zoniana is a mountain settlement in the Rethymno prefecture, some 50 kilometers southeast of the city of Rethymno.

The Zoniana spans across the slopes of the renowned mountain, built at a height of 640 meters on the foothills of Psiloritis, shrouded by scattered olive orchards. The village contains few undeveloped plots of land, with humans and sheep coexisting in the end.

The name of the settlement comes from the phrase “Zone Thee,” which means “listen to me, my God” in the local dialect. The history of Zoniana, on the other hand, has been forgotten through the years, as its founding is linked to the birth of Zeus and the history of Ancient Axos.

The peasants’ rebellious attitude was essential in the liberation efforts against the Turks and later conflicts. Even now, the people of Zoniana maintain that their village has never been captured.

The wild mountain peasants in the Zoniana area are embroiled in a strange war with the state, yet the area has always been inviting and has a tradition that you must have seen firsthand in order to comprehend its inhabitants.

In addition, the town of Zoniana has had one of the largest demographic booms in Greece in recent years, and it is important that the majority of the community’s young people still remain there. The presence of women is minimal on the village’s major streets, and there are no cafeterias.

The first tourist group arrived in Zoniana not long ago, with the intention of seeing the cave Sfentoni, which is located near the village’s entrance and has a beautiful stalactite and stalagmite décor. The Zoniana Wax Museum, on the other hand, has been open for many years and houses 87 wax-sculpted scenes and characters from Crete’s past.

The “Sfentonia” activities, which include theater performances and festivals featuring local lyrists from Zoniana, as well as the Cultural Association’s Shepherd and Cheese Festival, are all unique to this area.