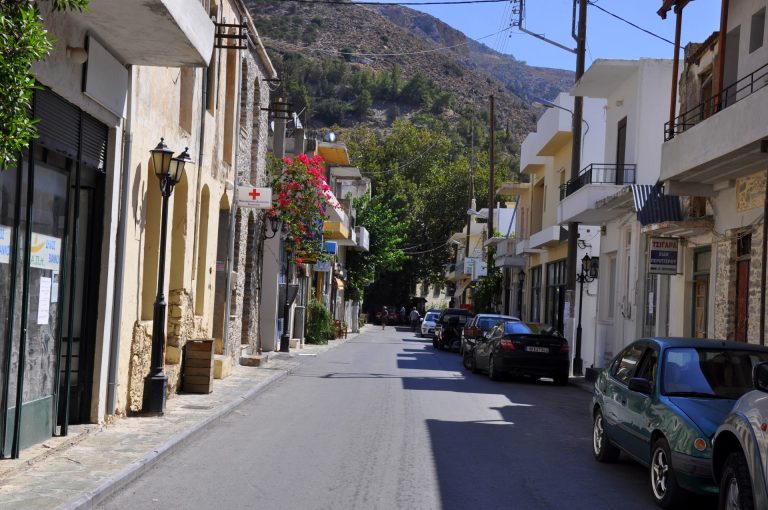 Ano Viannos, or simply Viannos, is a small town with about 1000 inhabitants, which is the capital of the Municipality of Viannos in southern Heraklion prefecture. It is built at an altitude of 550m on the southern slopes of Dikti, over a large and fertile plateau, where mainly olives are grown, while its inhabitants also deal with livestock.

A little further to the west, there was the ancient city of Viennos, from which Viannos gets its current name. Ancient Viennos minted its own coin, depicting the goddess Artemis (Diana) and a flower with the word VIANI. Viannos was destroyed by the Ottomans in 1822 and 1866, but the largest of the disasters was the Holocaust of the province of Viannos by the Germans in 1943, when nearly 500 men, women and children from various villages in the region were executed in retaliation for teh sabotage of Symi. Every year, on 14 September, a memorial to the victims of Nazism takes place.

The visitor will love to walk in the narrow alleys of the village and cool down under the ancient plane tree of the central square, the meeting point of the village. Viannos is the birthplace of a famous Greek writer Ioannis Kondylakis, who is considered the father of the Greek chronograph, and whose statue adorns the square. Next to it one will admire the old restored watermill and the Folklore Museum of Viannos.