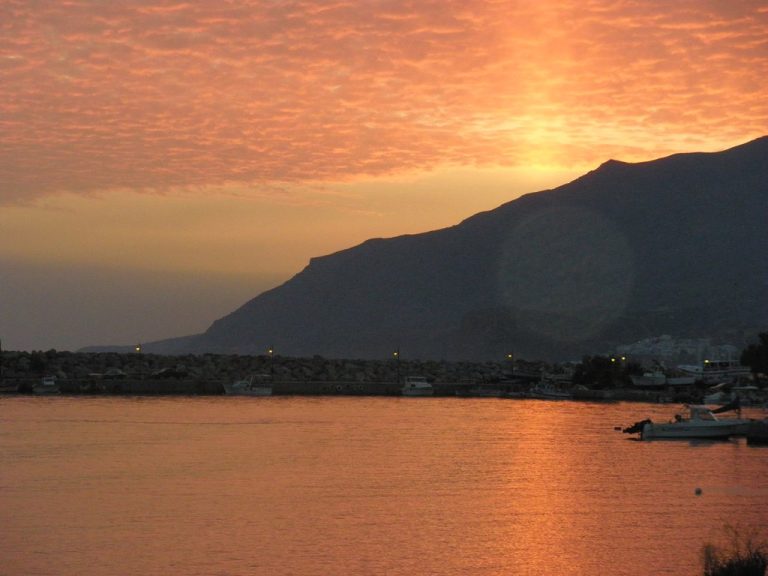 Timbaki is a small town located 65km south of Heraklion, on the plain of Messara. It is positioned near the beach of the Kokkinos Pirgos, the ancient palace of Phaestus and the Minoan villa in Agia Triada. Its residents are mainly engaged in agriculture, as the area is full of olive groves and greenhouses. Indeed, the greenhouses are so many, that most of the vegetables are exported abroad on daily basis.

The city has no special beauties to show. You could visit the metropolitan church of St. Titus (Agios Titos) and drink your coffee in the main square or on the beach of Kokkinos Pirgos.

The main reason for the ugly modern architecture of Timbaki is the fact that the village was evacuated and all houses were demolished by the Germans during the Second World War, and later rebuilt from scratch. The Germans kept a few buildings stay in and used the materials from the demolished houses for building the nearby airport of Timbaki, which could control the entire southeastern Mediterranean Sea. Even today the airport is operating, but it mainly offers services to the officers of the Air Force as a summer resort. On summers, the runway hosts frequent car races, while one sky diving club operates in the airport.

The largest river of Messara, Geropotamos, empties its waters near Timbaki and forms a small marsh at the position Katalyki. Before several centuries, malaria caused by the local marshes kept the development of Timbaki away.