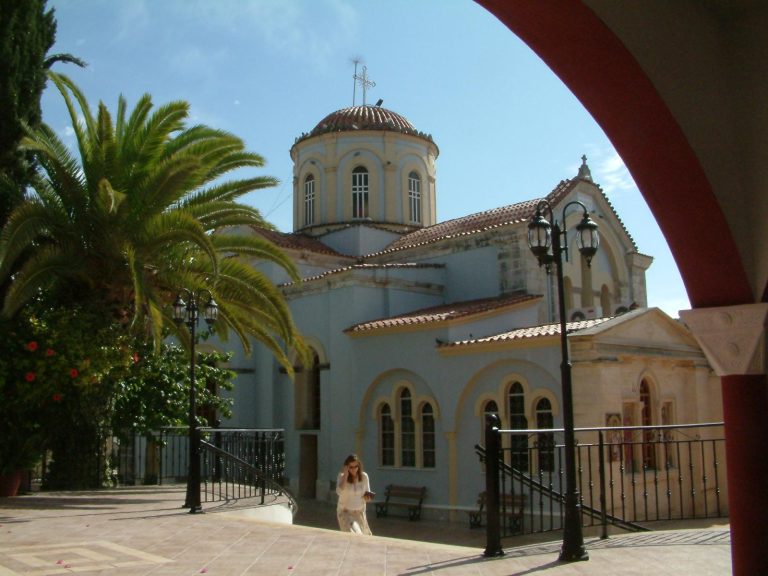 The town of Mires is located 50km south of Heraklion in the heart of the fertile Mesara plain. Its name (means “shares” in Greek) is taken after the land shares that were offered by the Venetians to the settlers who came from the Peloponnese, when it fell to the Turks. A similar deal was done in the Lassithi Plateau, which’s name comes from the latin world Lasciti, ie the share of land.

Mires is a modern small city that is growing constantly, while its residents are mainly engaged in agriculture, animal husbandry, tourism and trade. Its position at the center of the fertile valley has given this dynamic development. The climate here is generally warm and the temperatures on the summer often exceed 40 ° C.

Because of the modern history of the town, its construction is quite chaotic and ugly. However, it is worth strolling through the old narrow streets in the town center. Moreover, on Saturdays thousands of people come from the villages of Messara to visit the largest flea market (bazaar) in Crete.

From Mires you can visit several places, such as the Roman Gortys, the Minoan Palace of Phaestus and Agia Triada, Matala of the hippies, the picturesque village of Pompia, the dam of Faneromeni, the villages on Psiloritis foot and the wild Asterousia Mountains.