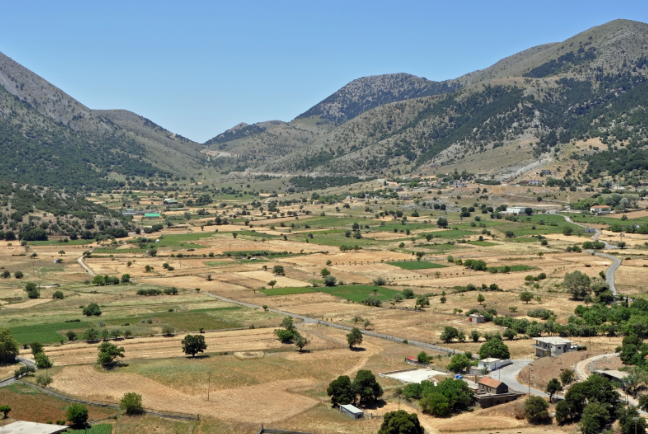 When traveling from Vrises to Sfakia, the first hamlet we come across is Askifou, which is made up of five little settlements: Petre, Ammoudari, Stravorachi, Goni, and Kares. The village’s name is thought to come from the ancient Greek word “skiphos,” which means “cup,” and refers to the form of the location, which resembles a vessel.

In comparison to the other four communities comprising Askifou, Ammoudari is regarded to be the most organized tourism zone. Restaurants, a petrol station, and rooms to rent may be found in the Ammoudari village. The lone fir on the island of Crete may be located in a house near Ammoudari!

In the village of Askifou, there are around 500 people who work mostly in animal husbandry and cheese production. That explains why the local cheeses, such as cottage cheese and cream cheese, are so good. Many residents make raki, a popular Cretan drink, in November.

Many travelers come to Askifou on their way to or from Sfakia, or to undertake mountain climbing in the nearby mountains. Traditional Sfakian meals such as pies (cheese pies with honey) and delectable candied (smoked pork with herbs) are served all around the hamlet.

Visitors may trek up to the White Mountains from Askifou. The journey from Ammoudari to the plateau of Tavris, where a mountain retreat is located, is seven kilometers long and takes less than two hours. A large feast is held in the chapel erected there during the Pentecost holiday. Following the religious process, everyone is offered great food and drink of high flavor and quality.