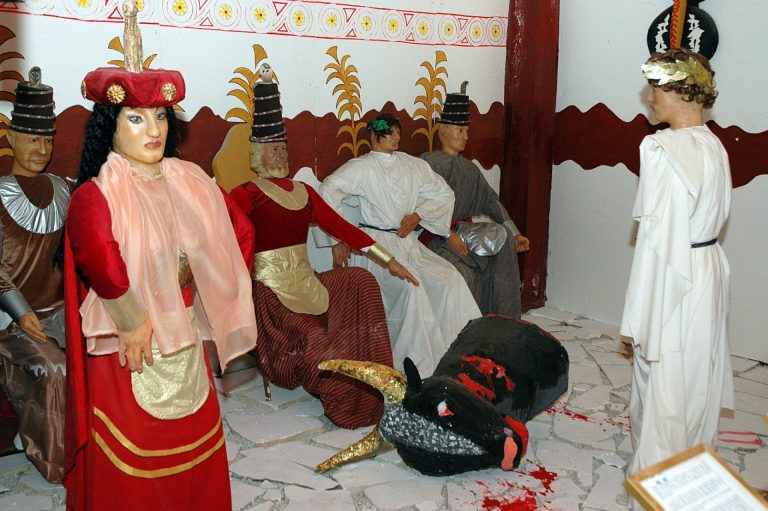 Zoniana is a small town situated at a height of 650 meters on the slopes of Mount Idi, Crete’s highest peak. Zoniana is 45 kilometers from Rethymnon and 43 kilometers from Heraklion, hence it is situated in the middle of the two towns. This village would be a good day trip from both towns, not only because of its bleak, natural scenery, but also because of the intriguing Wax Museum in the settlement’s center.

Mr. Dionysis Potamianos, an Athens-based painter and sculptor, founded the Zoniana Wax Museum in 1998. The 87 life-size figurines on display in the museum took him and his wife around 40 years to make.

The visitor can see all of Crete’s history and the most famous Cretan personalities in front of his eyes in a space of about 1,000 square meters, including Prime Minister of Greece Eleftherios Venizelos, writer Nikos Kazantzakis, poet Vincenzo Cornaro, painter Dominikos Theotokopoulos (El Greco), as well as many well-known fighters and scenes from the Cretan Revolution.

Aside from the wax figures, the museum has a large collection of coins and banknotes from various periods, including the Turkish occupation, the Cretan Autonomy period at the end of the 19th century and the beginning of the 20th, and many drachmas, Greece’s official currency until 2002, when it was replaced by the euro.