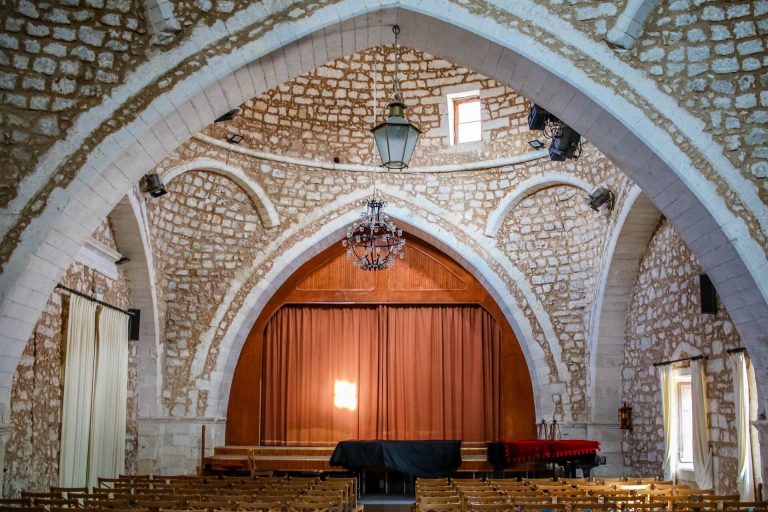 The Neratze Mosque, also known as Gazi Hussein Mosque, is located near Petichaki Square in Rethymno. It began as a Venetian church dedicated to Santa Maria before becoming an Augustinian Monastery. When the Turks took control of the town in 1657, however, their leader, Gazi Hussein Pasha, converted it into a mosque.

Three additional dwellings were added as part of the rebuilding, as well as a minaret with two balconies for worshiping. Although it is in a state of preservation today, its minaret is the highest in town. The Body of Christ chapel, located near the mosque, was being utilized as a religious school.

When Crete was liberated from the Ottomans in 1925, the mosque was converted into a Christian church dedicated to Agios Nikolaos, although it was never used as a church. The Municipal Odeon, administered by the Rethymno Association for the Promotion of the Arts, is now housed in the Neratze Mosque. There are music instruction as well as musical events done there.