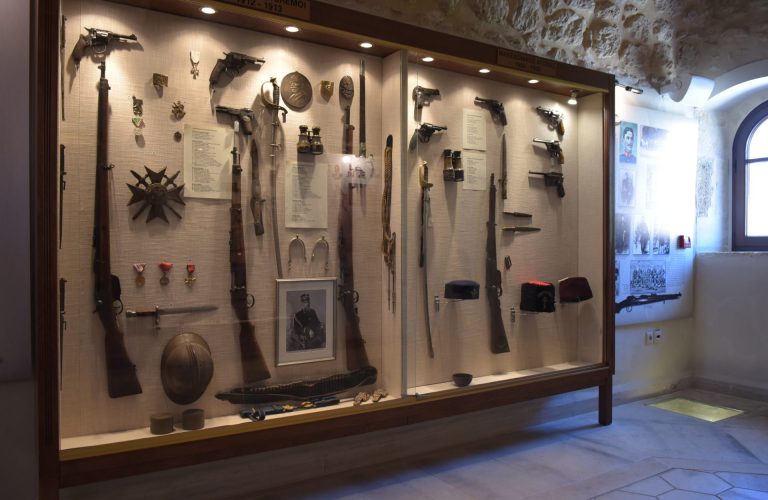 The Chromonastiri Military Museum, which has been open since 2010, is located in the center square of the lovely traditional village of the same name, 10 kilometers outside of Rethymno town. The museum is housed in the legendary Villa Claudio, a stunning Venetian estate that originates from the 17th century and once belonged to the aristocratic family of the same name, before being renovated in recent years.

The Greek Army was handed the building by the residents in 1997, and it now houses military and war-related exhibits spanning decades. Weapons, uniforms, medals, and military equipment from the Venetian era, the Hellenic Revolution of 1821, the Macedonian Liberation Wars, World War II, and more are among the items on display, along with extensive photographic documentation of the evolution and presence of Greek military forces to the present day. Visitors may examine airplanes and military vehicles in outer space, and there are numerous recurring displays.