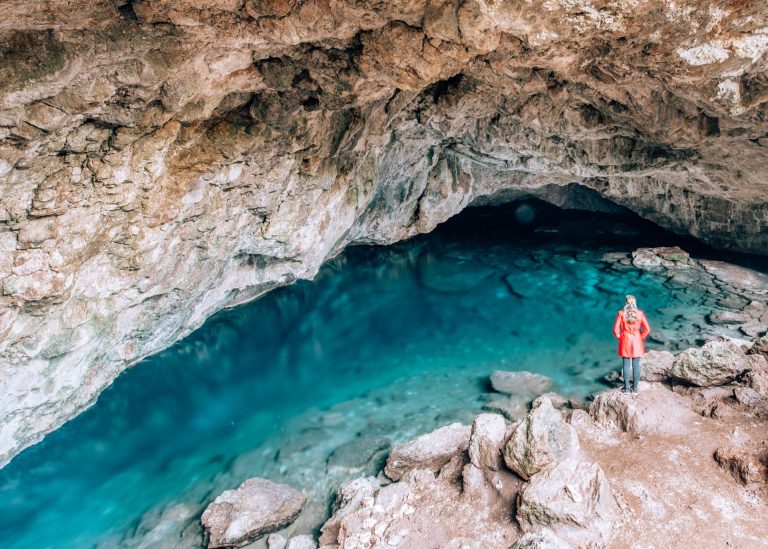 The Cave of Ideon Andron is located 20 kilometers from Anogia, a tiny traditional town on the boundary of Heraklion and Rethymno prefectures, on the Nida Plateau. According to mythology, here is where the Greek deity Zeus spent his youth. At an elevation of 1,495 meters, the cave is located on the eastern flank of Mount Psiloritis, also known as Mount Idi.

Along the meandering way to the cave, the road is picturesque, with high mountain sceneries and lofty rock formations. This cave is a significant historical site. A vast hall with two horizontal tunnels greets visitors as they enter through the main entrance. High above the main room, another cavern was uncovered. The caves were naturally carved by water and snow in the winter, and snow blocks may still be found inside even in the summer.

Rhea, the goddess of fertility, hid his son, infant Zeus, in the Ideon Cave to hide him from his father Cronos, who used to devour his offspring when they were born, according to Greek mythology. Amaltheia, Zeus’ foster mother and goat herd nymph, nourished him here. To protect the infant, a group of Kuretes devotees and Korybantes dancers assembled around the cave’s opening. They used to dance when Zeus wailed, clashing spears and shields and yelling to disguise the baby’s weeping from his vengeful father.

This sacred cave was used to worship Zeus and his mother, Rhea, until the Roman era. Votive gifts were discovered during excavations, including a well-preserved metal shield, spears and gold, and ivory figurines. The Heraklion Archaeological Museum is now displaying these discoveries.