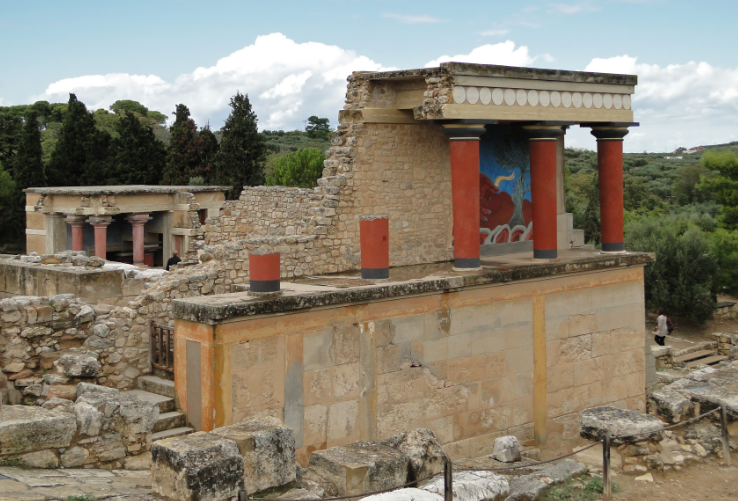 The Minoan Palace at Knossos is the biggest of all Minoan palace constructions, measuring over 20,000 square meters. It was made of ashlar bricks, had many storeys, and was adorned with stunning paintings. The original palace was constructed circa 2,000 BC but was destroyed in 1700 BC by an earthquake. After the original palace was destroyed, the newer, more sophisticated palace was erected nearly quickly. The Achaeans conquered Crete in the middle of the 15th century BC and resided in the palace. The palace was once again destroyed by fire in the middle of the 14th Century B.C and henceforth ceased to function as a palatial center.

Minos Kalokairinos, a Cretan businessman and antiquarian, carried out the initial excavations that revealed sections of the palace in 1878. W.J Stillman, the American Consul in Greece, M Joubin, a French archaeologist, and Arthur Evans, director of the Ashmolean Museum in Oxford, were among those who sought to continue the excavations.

They all had to stop their attempts, however, because they were hesitant to acquire the land at the exorbitant amounts demanded by the owners. When Crete became an independent state in 1898, all of the island’s antiquities became state property, and excavations on the site began in 1900 under the direction of Arthur Evans.