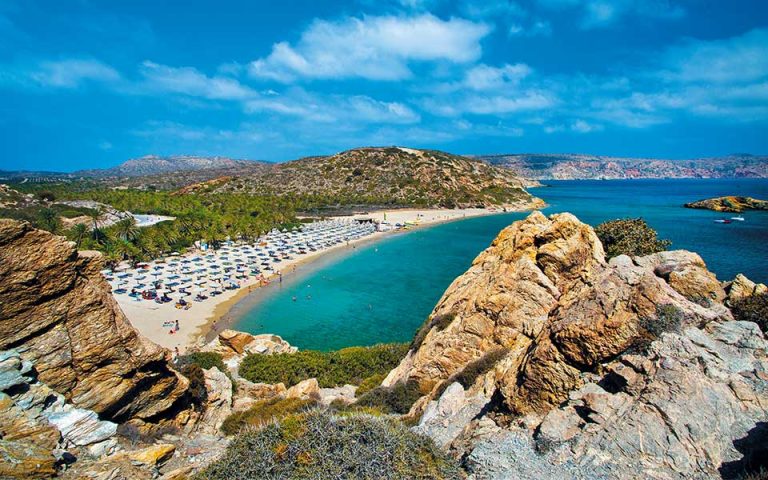 Lassithi Greece, in Crete’s easternmost district, is one of the greatest locations to unwind and immerse yourself in nature. Many small towns, sophisticated beach resorts, and attractive alpine villages make up the Lassithi prefecture. Except for a few well-known settlements like Elounda and Sissi, the majority of Lassithi remains an off-the-beaten-path tourist destination.

Lassithi’s picture-perfect shoreline is surrounded by some of Crete’s best beaches. Vai Beach, an unique blonde-sand beach encircled by a palm tree grove, is undoubtedly Lassithi’s most popular beach.
Numerous beachfront small villages, including as Ierapetra, Sitia, and Agios Nikolaos, are located just off the beaches. Despite being built for tourism, these communities have managed to retain their original beauty and authenticity.

A trip through Lassithi will take you past spectacular gorges, medieval monasteries, and a number of tourist attractions, including Spinalonga, the Medieval Castles of Sitia and Ierapetra, and several archaeological sites. View all of Lassithi’s attractions. If you’re feeling adventurous, combine your stay to Lassithi with stops in nearby Heraklion, Chania, and Rethymno.